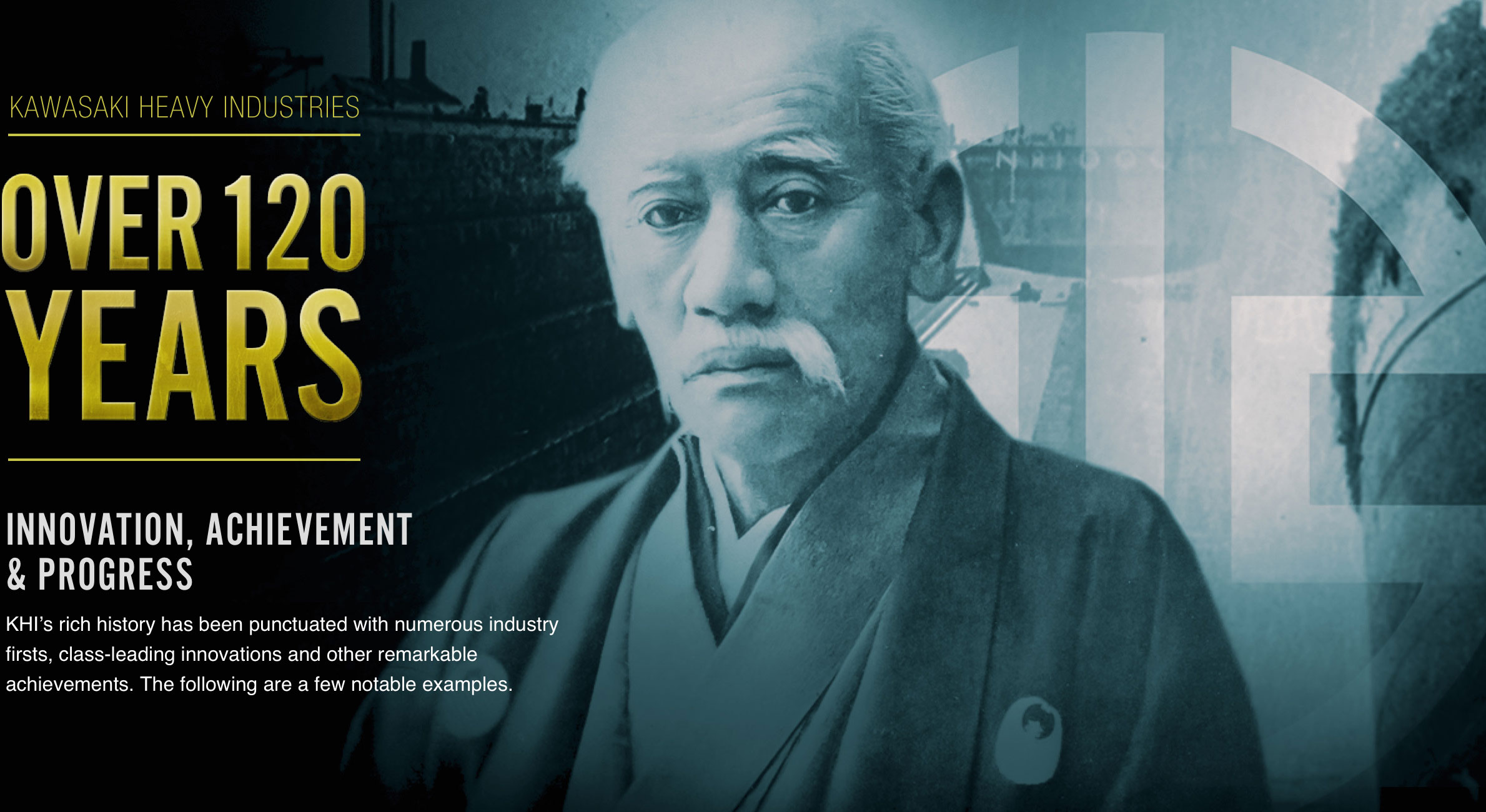 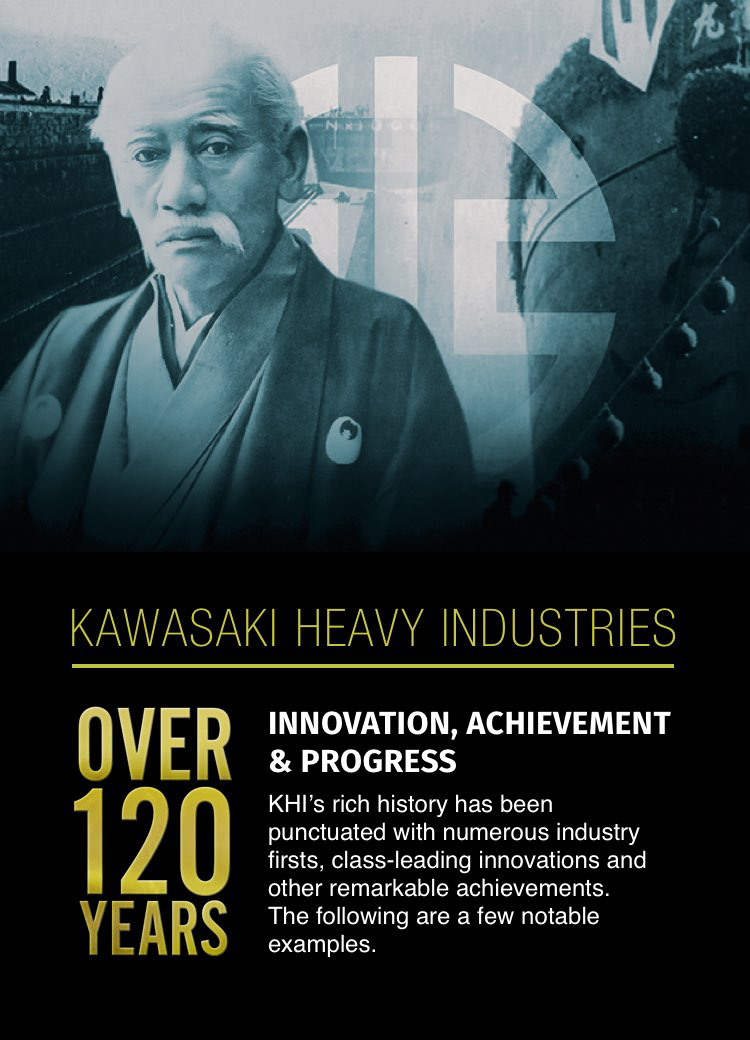 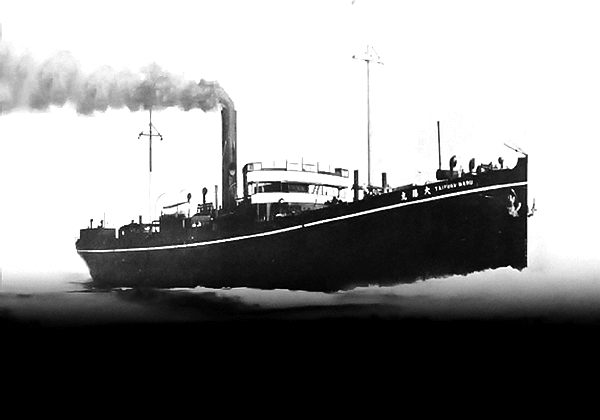 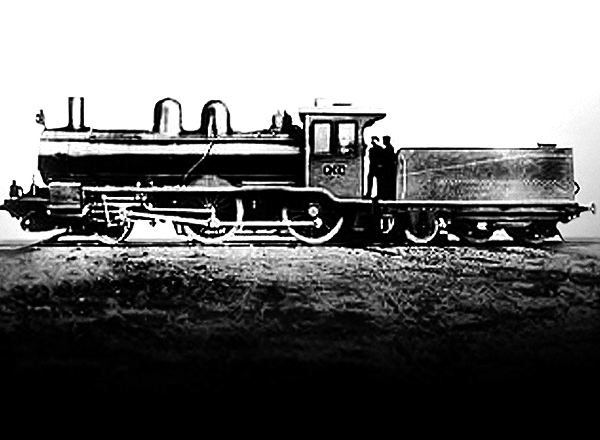 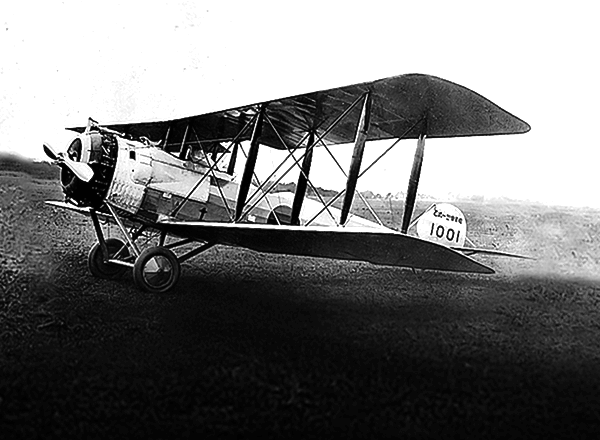 The Aircraft Department at Hyogo Works is established in 1918. Four years later, the first Kawasaki-made airplane is completed. 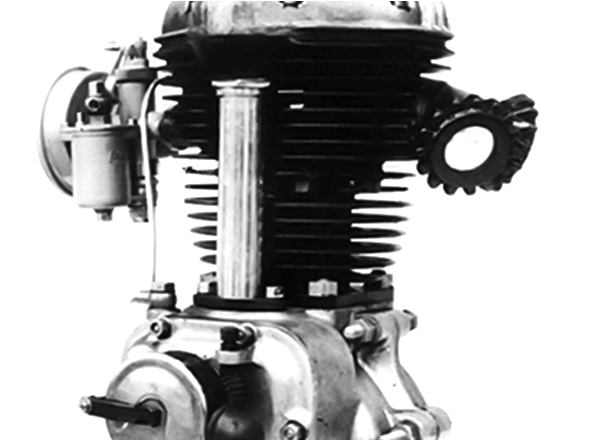 The design of the KE-1 (Kawasaki Engine) engine is completed at the Kawasaki Machine Industry, the precursor to the Kawasaki Aircraft Company. 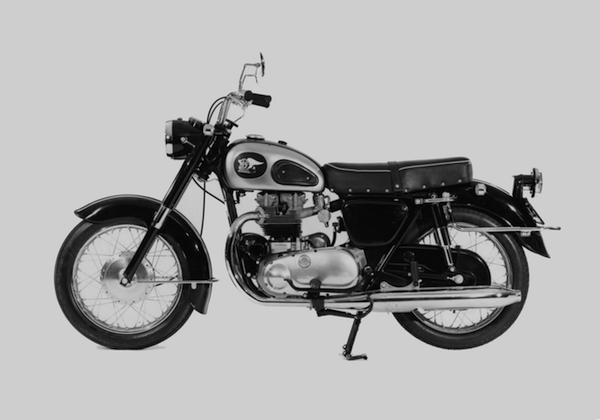 As part of efforts to strengthen the company’s production and sales structure, Kawasaki forms a partnership with Japanese pioneer motorcycle manufacturer Meguro, absorbing the company in 1964. The Kawasaki 500 Meguro K2, the first big bike crowned with the Kawasaki name, is released in 1965, becoming the cornerstone on which future W, Z, and Ninja models are built. 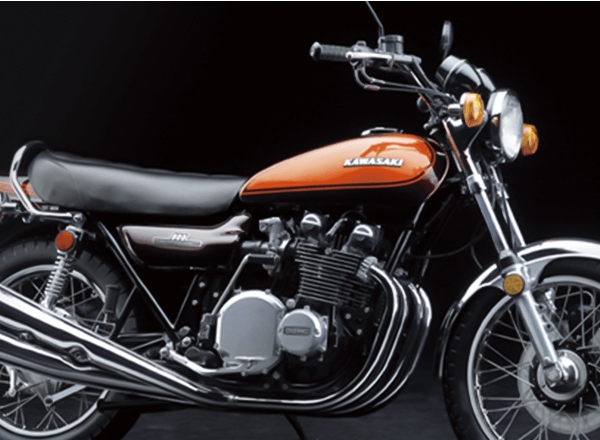 The first mass-production sports bike to feature a DOHC, 4-cylinder engine, the Z1 completely redefines the world of high-performance motorcycling. 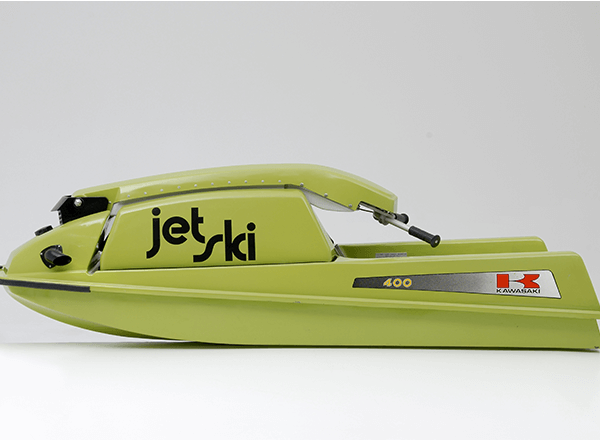 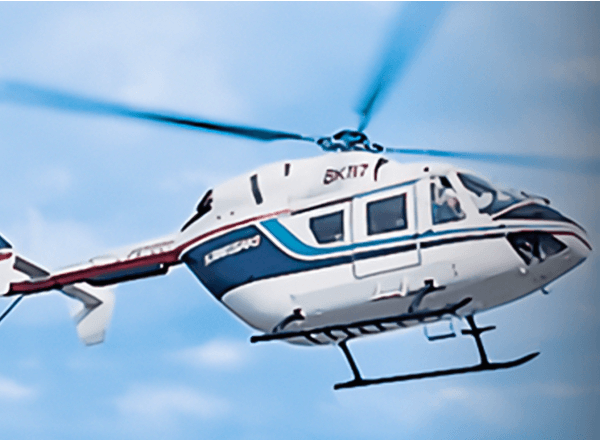 The maiden flight of the BK117, the first helicopter ever developed in Japan. The BK117 was developed in collaboration with MBB (currently Eurocopter Deutschland GmbH) of Germany. 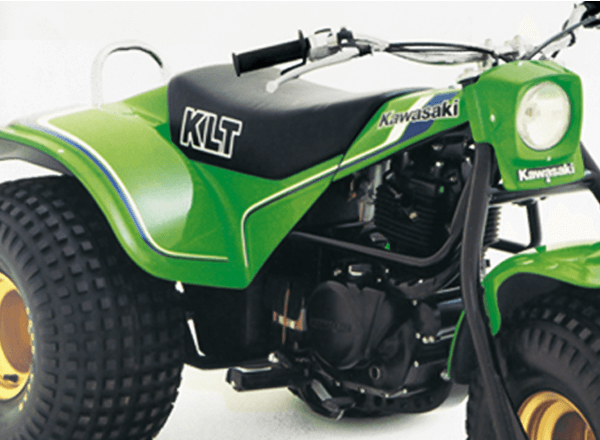 Kawasaki’s first foray into the world of All-Terrain Vehicles (ATVs), the three-wheeled KLT200 is an instant success and paves the way for a wide range of recreational and utility ATVs. 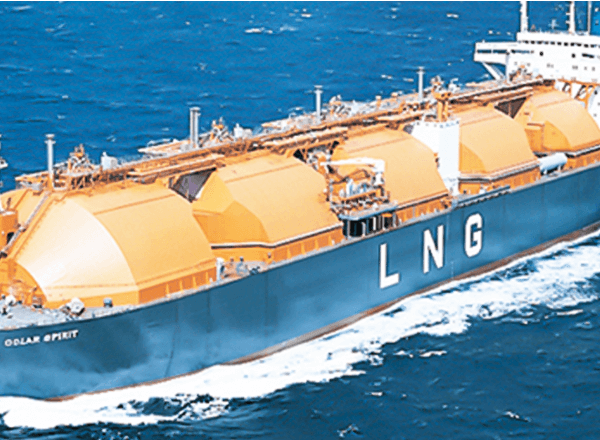 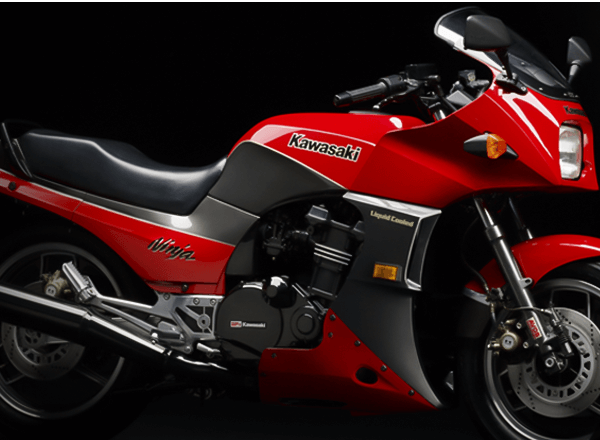 The GPz900R, the first of Kawasaki’s iconic “Ninja” models, rocks the world when it released. Its revolutionary 4-cylinder engine and light, compact chassis enable top speed and quarter-mile performance that rewrites the motorcycle record books. 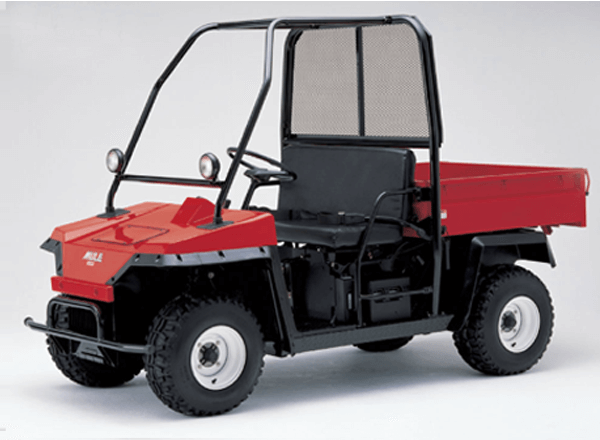 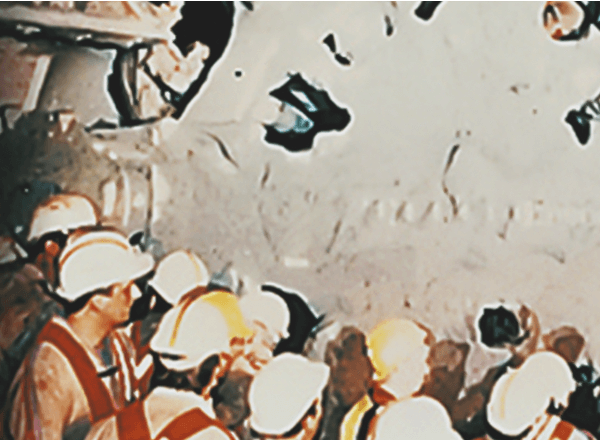 One of two Kawasaki “T2” tunnel boring machines pierces the Eurotunnel. Their work enables the completion of the underwater railroad linking Great Britain and the European continent. 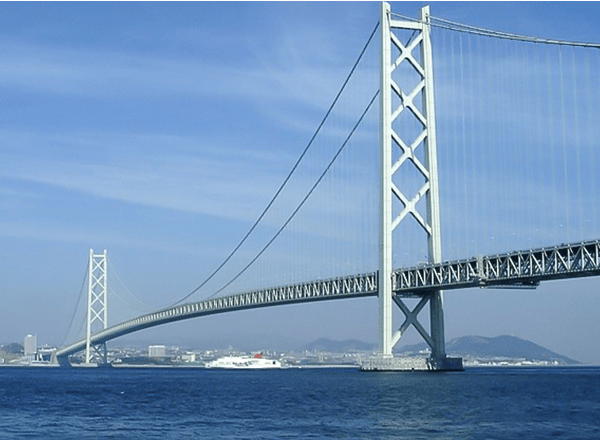 Kawasaki completes construction work on the Akashi Kaikyo Bridge. At 3,910 m, it is the longest single-span bridge in the world at the time of its construction. 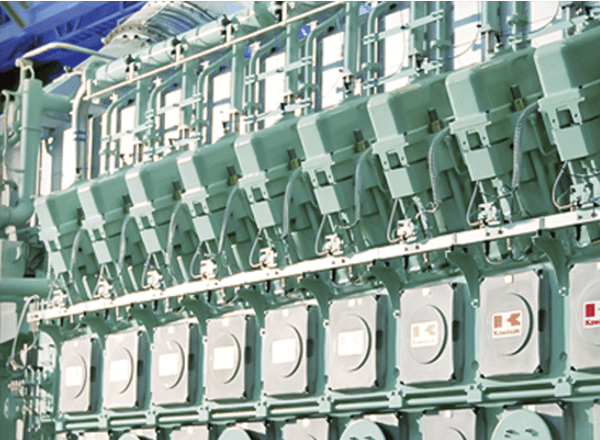 This symbol, a motif of the Japanese character kawa (river) has a long history. It first appeared in the 1870s, where it was used on the flags flown by the ships owned by the Kawasaki Tsukiji Shipyard, the predecessor of Kawasaki Heavy Industries.

With the 2014 debut of Ninja H2™ and Ninja H2R, the world’s first mass-production motorcycles to feature a supercharged engine, the River Mark was proudly displayed on their upper cowling and once again in the public eye.

Since its founding over 120 years ago, Kawasaki Heavy Industries, whose wide range of endeavors encompass Land, Sea and Air, and reach from outer space to the deep sea, have always aimed to be at the forefront of technology. The River Mark is a symbol of Kawasaki’s ongoing desire to push further forward, to reach even higher and continually strive to attain and surpass the limit.

Perhaps our most widely recognized products are our motorcycles. Kawasaki motorcycles stand out not only for their highly acclaimed performance, stunning looks and renowned reliability, but also for their unique ride feel. Our rider-centric development philosophy, RIDEOLOGY (Ride + Ideology), has been the force behind our many legendary machines from the Z1 and the original Ninja® to the revolutionary Ninja H2™, and will ensure that Kawasaki products continue to enrich the lives of riders in the future.

Kawasaki’s first president, Kojiro Matsukata, was an accomplished visionary who paved the way for much of the success KHI enjoys today. During his leadership, Matsukata acquired a vast collection of over 10,000 Western art pieces. The “Matsukata Collection” is currently on display at The National Museum of Western Art in Tokyo.